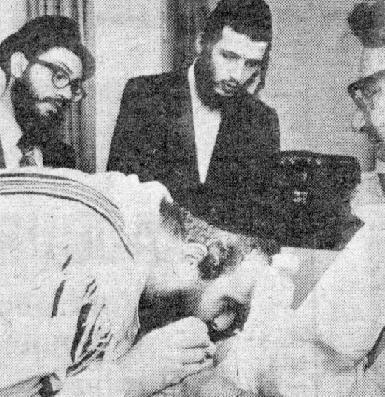 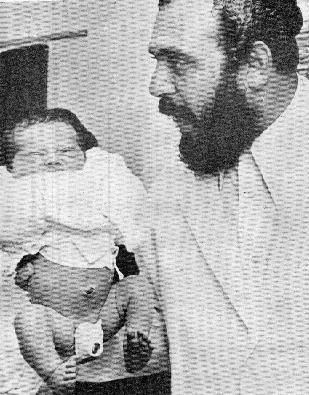 They may perform on the Sabbath all things that are needful for circumcision: excision, tearing, sucking [the wound], and putting thereon a bandage and cumin. If this had not been pounded up on the eve of the Sabbath a man may chew it with his teeth and then apply it.

Shabbat 133B
II.1.
A. Suck [out the wound]:
B. Said R. Pappa, "A Surgeon who didn't suck out the wound - that is a source of danger, and we throw him out."
C. So what else is new? Obviously, since we are prepared to desecrate the Sabbath on that account, it is certainly dangerous not to do it!
D. What might you have supposed? That this blood is stored up. So we are informed that it is the result of the wound, and in the status of a bandage and cumin: Just as when one doesn't put on a bandage and cumin, there is danger, so here, too, if one doesn't do it, there is danger.

[The brackets in the quotes below are in the texts quoted.]

"There are three stages required for the performance of a ritually correct circumcision in Jewish law: the removal of the foreskin; the tearing of the underlying membraene so as to expose the glans completely; and the sucking away of the blood, m'tsitsah." Roger V. Pavey. The Kindest Cut of All. Bognor Regis, W. Sussex: New Horizon. 1981. pp. 87-88.

"The method to be adopted is laid down thus: 'One excises the foreskin, [that is] the entire skin covering the glans, so that the corona is laid bare. Afterwards, one tears with the finger-nail the soft membrane underneath the skin, turning it to the sides until the flesh of the glans appears. Thereafter, one sucks the membrane until the blood is extracted from the [more] remote places, so that no danger [to the infant] may ensue; and any circumciser who does not carry out the sucking procedure is to be removed [from his office].' . . . The operation itself, then, consists of three distinct acts: the excision of the prepuce; the laceration of the mucous membrane covering the glans; and the sucking of the blood from the interior of the wound." Immanuel Jakobovits. Jewish Medical Ethics: A Comparative and Historical Study of the Jewish Religious Attitude to Medicine and Its Practice. New York: Bloch Publishing Company. 1959. pp. 193-194.

"The baby cried, blood flowed on to his penis and - as the rabbi had predicted - Graham [the godfather] did not faint. The rabbi then bent over the baby and sucked the wound. I know this sounds awful, but it is part of the Jewish tradition. It's supposed to help the healing." Jack Shamash. "My Son on the Cutting Edge." Independent (London), no. 3,797 (Thursday, December 17, 1998): p. R8.

"And what of the practice of sucking the bleeding penis? While condemning the procedure, some physicians contend that it was used to stop bleeding.47 Not only is there little evidence for this theory, but it was also a largely ineffective method. Furthermore, even in antiquity, surgeons had better methods to stop bleeding, such as pressure, instruments, and medication.48 According to Dr. H. Speert (1953), Maimonides 'staunchly supported this procedure [sucking the bleeding penis] as a prophylactic measure against inflammation.'"49 Edward Wallerstein. Circumcision: An American Health Fallacy. New York: Springer Publishing Company. 1980. p. 160.

"mezizah -- Hebrew term for the third step in the Jewish circumcision ritual, in which the mohel applies his mouth to the freshly circumcised infant's penis and sucks up the first drops of blood. In more recent times this procedure has been carried out via a tube, as infections, venereal disease, and tuberculosis, sometimes resulting in the death of the infant, have occurred due to contamination of the wound. Most Jewish circumcisors today have eliminated this step from the circumcision ritual. Critics have attributed sadistic and homosexual implications to this practice, while defenders claim that this was simply all that was known during ancient times to stop the bleeding." Rosemary Romberg. Circumcision: The Painful Dilemma. South Hadley, Massachusetts: Bergin & Garvey, Publishers, Inc. 1985. p. 395.

"The traditional practice of metzitzah b'peh, which has its roots in the earliest history of the Jewish people and has survived unchanged to the present time, should be viewed with great respect. It is spoken of very positively in the Jewish literature on circumcision both as an essential part of the ritual and as a health measure which prevents infection and promotes healing." Henry C. Romberg, M.D. Bris Milah: A book about the Jewish ritual of circumcision. Jerusalem/New York: Feldheim Publishers. 1982. pp. 57-58.